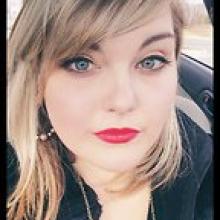 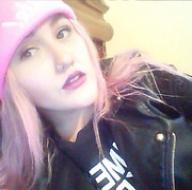 i don´t want to sound rude but i´m not interested in mexican friends, thanks :)
I have tattoos and as you noticed pink hair
I have an obsession with cute stuffs
I like to collect dolls :3

My real name
Is giovann but call me Ann or annie, I´m 22 y.o , born and raised on Mexico city (Querétaro)
Don´t make jokes about chili, tequila, mariachis and donkeys, Mexico it´s a normal city we don´t live in caves guys , we don´t use mustache and of course... We are not all brunettes as you can see lol .

I have skype but honestly i never use it so it´s a waste of time if you ask me for it xD.
I have Facebook,line, kakao talk snapchat and Instagram .
And yeah all those photos are mine , I´m not a fake , no i don´t stole them from a "white girl" haha yeiii haha!!

I´m honest, i´m not rude but if you are rude i´m gonna treat you as you treat me ! lets be just normal pen pal friends .


10 things you shouldn’t say to a Mexican!
There are good stereotypes about Mexicans and Mexico; as well as the bad ones. But there are some, that Mexicans can’t stand.

1. I am American.
I guess you meant you are from the United States. Stop using the name of our continent as if it is only yours!

4. Mexican Spanish is so weird!
You think so? Good luck learning the conjugation of ALL the verbs in Spanish, in ALL tenses for “vosotros” (You in plural that doesn’t exist in Mexican Spanish which makes it a lot easier to learn).

5. I heard there are cartel fights all around.
Yes there is cross-fire everywhere. We have to go to school with bullet-proof vests. I got shot twice; but we are so dumb that we never thought of moving somewhere else.

7. Excuse me officer, may I know the reason why you pulled me over?
I think you know why!

8. Mexico is so dangerous! I forgot my phone in the park last week and it wasn’t there when I went back for it.
Yeah, it is even more dangerous when dumbasses like you are around.

9. I love Spanish food!
And I like Japanese food. What does it even have to do with Mexico? I hope you mean paellas and stuff and n

jahangir jaani
so very beautiful i like you really .jahangirjaani333jaani@gmail.com

i love to have many penpal friends in different countries

Other penpals in Mexico