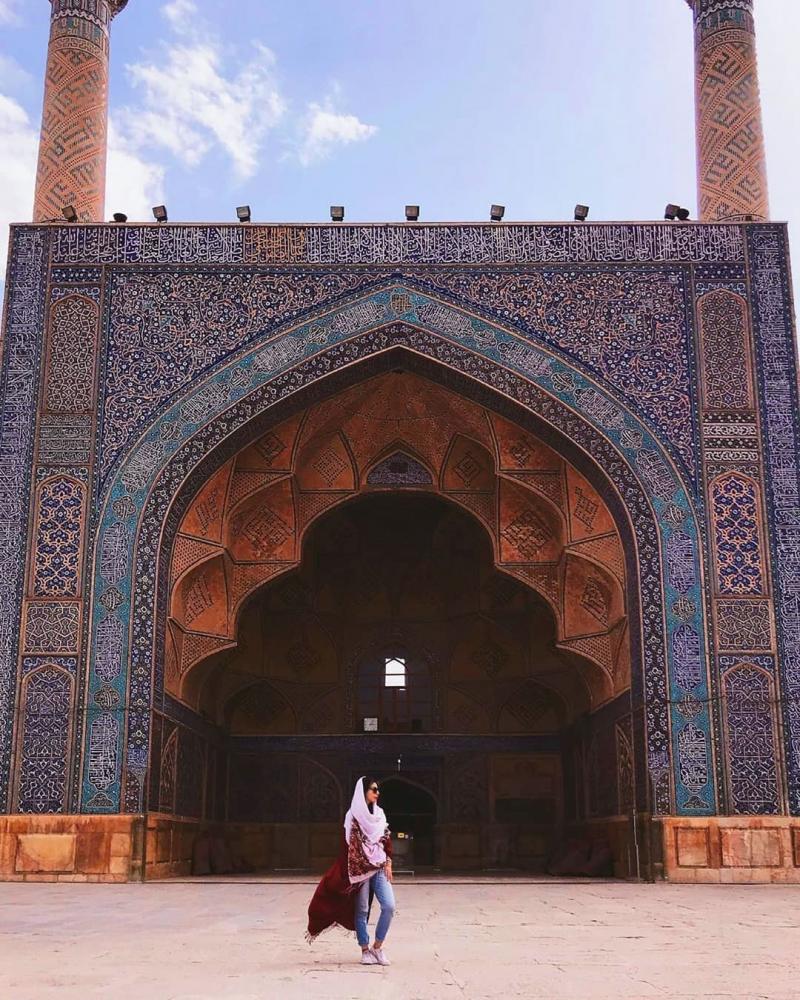 Travel to Masjed Jomeh or Jame Mosque of Isfahan

Esfahan is #Iran’s top tourist #destination for good reason. Its profusion of tree-lined boulevards, #Persian gardens and important Islamic buildings gives it a visual appeal unmatched by any other Iranian city, and the many artisans working here underpin its reputation as a living museum of traditional culture. Walking through the #historic #bazaar, over the picturesque bridges and across the #Unesco listed central square are sure to be highlights of a holiday.
As the country’s third-largest city, Esfahan is home to some heavy industry, including steel factories and a much-discussed nuclear facility in the outskirts of town. Inevitably, then, traffic jams are a regular occurrence. Despite these modern realities, the inner core of the city remains a priceless gem.

Locally known as Masjed-e Jame or Masjed-e Jome, the Jame Mosque or Friday Mosque is Iran’s oldest mosque. Some features of the mosque have persisted through 1200 years, from the Abbasid era through to the Safavid dynasty. These remains show that this masterpiece of a building has been retouched or rebuilt a few times through history. The last rebuilding dates to very recent times, after the air raid in 1984, left the building some cuts and bruises.

Masjed-e Jame is a spectacular structure that changed the face of Islamic architecture. This mosque uses the four-courtyard layout of the Sassanid era. The sassanids used this particular layout for palaces and gardens. However, this layout was so cleverly used in this mosque that for the very first time in history, the four courtyard layout was adapted in a religious form.

This extraordinary piece of beauty, right in the heart of historical Isfahan, interconnecting Isfahan’s bazaars, is made from four iwans, locally known as Chahar Ayvan. These iwans are around the courtyard. There are also two sophisticated domes on opposite sides of the courtyard. The Nezam Al-Molk dome which was built during the reign of Malek Al-Molk king and was named after its architect, and the Taj Al-Molk dome which was also named after its architect who was a rival of Nezam Al-molk. The second dome was built a year after the first one.

Masjed-e Jame is on the UNESCO’s world heritage list. This is because of how this mosque paved the way for modern Islamic architecture and was an architectural turning point throughout the world. Also, the Nezam Al-Molk dome is the very first double-shelled ribbed dome structure in the Islamic Empire and introduced new engineering skills to the world.

Isfahan’s Jame Mosque is Iran’s oldest standing mosque. This mosque holds the stories of a millenia and secrets of centuries. Its architectural phenomenon is reason enough for anyone to fall in love with it. The history that lies within its walls is deeper than you could find in any book. All this, has turned this magical structure to a destination that everyone must visit.