KHAJOO BRIDGE OF ISFAHAN IN IRAN
Travel To Isfahan In Iran 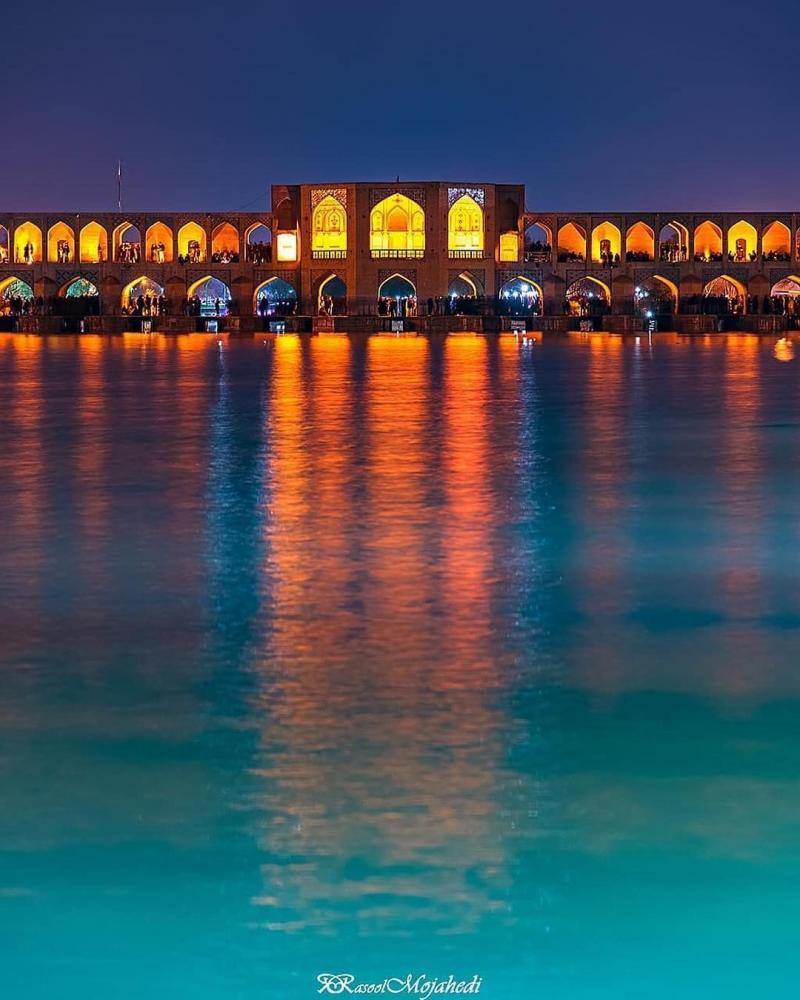 Beauties of Khajoo Bridge of Isfahan in Iran
پل خواجو - اصفهان
Arguably the finest of Esfahan’s bridges, with traces of the original paintings and tiles that decorated its double #arcade still visible, Pol-e Khaju was built by Shah Abbas II in about 1650, but a #bridge is believed to have crossed the waters here since the time of Tamerlane. The bridge is as much a meeting place as a bearer of traffic and at #nighttime Esfahanis gather under the arches to sing: those with the most convincing voices (or indeed songs) #attract sizeable crowds.

The bridge also doubles as a #dam with locks in the lower terraced arcade regulating water flow. When the river is full, the #sunset from the middle of the bridge is a fine sight – so good, in fact, that a pavilion was built here exclusively for the pleasure of Shah Abbas II. The remains of stone seats built for him to admire the view can still be seen. #Legend has it that the eyes of the #marble lions guarding either end of the bridge glow in the dark.

Sadly the #teahouses that punctuated either end of the bridge are long since gone but an icecream shop on the corner opposite the northern end, with giant copper plates on the wall, attracts a roaring trade.