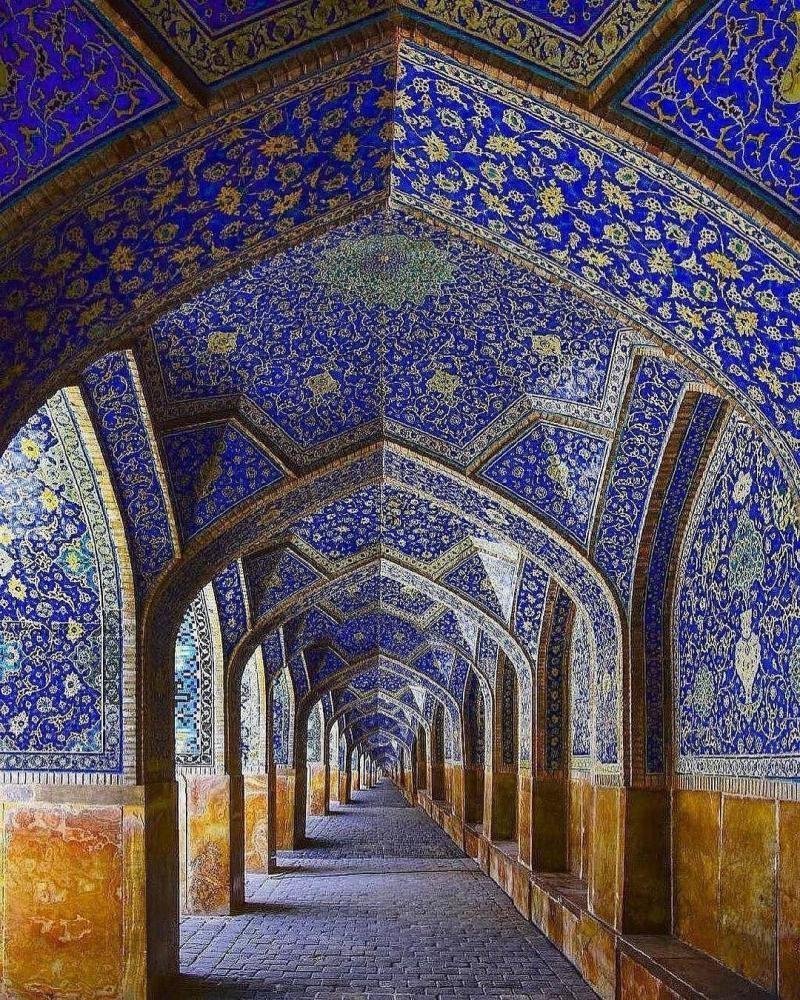 Masjed Shah or Imam Mosque in Naghshe Jahan of Isfahan

مسجد شاه- میدان نقش جهان- اصفهان
This elegant #mosque, with its iconic #blue_tiled mosaics and its perfect proportions, forms a visually #stunning monument at the head of Esfahan's main square. Unblemished since its construction 400 years ago, it stands as a #monument to the vision of Shah Abbas I and the accomplishments of the Safavid dynasty. The mosque's crowning dome was completed in 1629, the last year of the reign of Shah Abbas.