TRAVEL TO VANK CATHEDRAL OF ISFAHAN
Travel To Isfahan In Iran 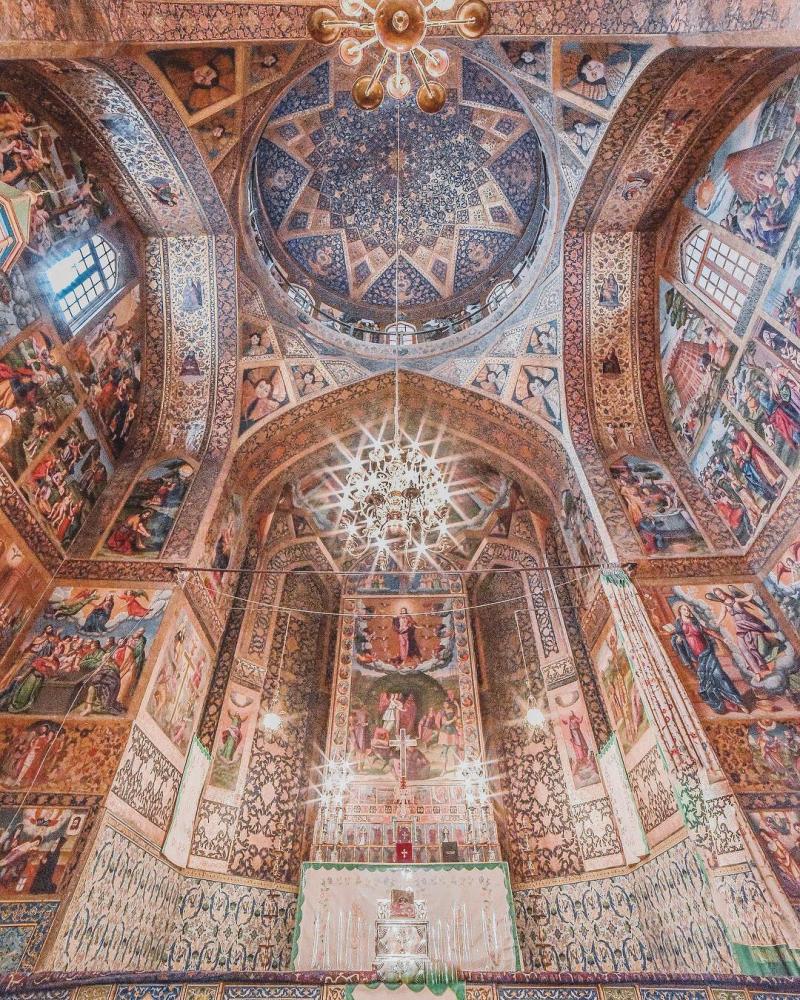 Travel to Vank Cathedral in Isfahan

One of the largest and most #beautiful churches of Iran, the cathedral was completed in 1664. It includes a bell-tower, built in 1702, a printing press, founded by Bishop Khachatoor, a library established in 1884, and a #museum opened in 1905.  The #architecture of the building is a mixture of the 17th-century Safavid style with high arches and an Islamic-style dome.  The cathedral has greatly influenced the architecture and decorative treatment of many churches in #Iran and the Mesopotamian region.
Inside the Armenian #Cathedral of the Holy Savior
A large freestanding belfry stands in the cathedral courtyard and towers over the graves of Orthodox and Protestant Christians who have been buried along the wall before the entrance.  Built 38 years after the main structure, the belfry leads into the nave.  On the right side of the belfry there is a large blue inscription surrounded by crucifix stones. The stones have been collected from the ruined #churches of the Jolfa quarter.