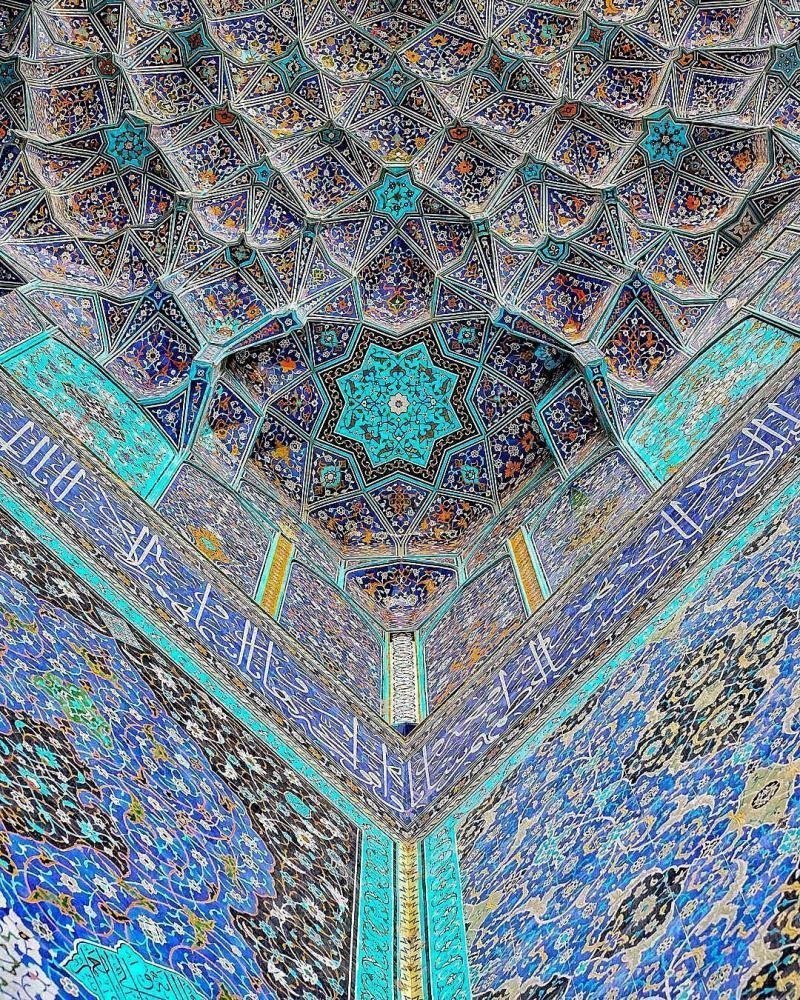 This elegant #mosque, with its iconic #blue_tiled mosaics and its perfect proportions, forms a visually #stunning monument at the head of Esfahan's main square. Unblemished since its construction 400 years ago, it stands as a #monument to the vision of Shah Abbas I and the accomplishments of the Safavid dynasty. The mosque's crowning dome was completed in 1629, the last year of the reign of Shah Abbas.
It is one of best places in #Isfahan To travel for toursist to take beautiful photos :)

#citymitysocialnetwork
Shah Mosque or newly Imam Mosque located on the Square of Persia is one of the most important historical mosques in Isfahan which was built during the Safavid Era and is one of the most important buildings of the Islamic architecture of Iran. It is a masterpiece of architecture, tiling, and carpentry of the 11th century AH. The title of one of the national works of Iran had been registered here.

Shah/Jām’e Abbasi Mosque, also known as Imam Mosque, renamed following the 1979 Islamic Revolution in Iran, is a mosque in Isfahan, standing on the south side of Naghsh-e Jahan Square. This Mosque has been built during the Safavid period, ordered by the first Shah Abbas of Persia.

The Imam Mosque of Isfahan is one of the everlasting masterpieces of architecture in Iran. In fact, its construction began in 1611, and its splendor is mainly due to the beauty of its seven-color mosaic tiles and calligraphic inscriptions.

Shah Mosque, with an area of about 12 264 Sqm, was a huge structure, containing 18 million bricks,

475 000 tiles, and having cost the Shah 60 000 tomans to build. It employed the new haft rangi (seven-color) style of tile mosaic. In earlier Iranian mosques the tiles had been made of faience mosaic, a slow and expensive process where tiny pieces are cut from monochrome tiles and assembled to create intricate designs.
The distinct feature of Persian domes, which separates them from those domes created in the Christian world or the Ottoman and Mughal empires, was the colorful tiles with which they covered the exterior of their domes, as they would on the interior. These domes soon numbered dozens in Isfahan, and the distinct, blue-colored shape would dominate the skyline of the city. Reflecting the light of the sun, these domes appeared like glittering turquoise gem and could be seen from miles away by travelers following the Silk Road through Persia. Reaching 53 meters in height, the dome of the Masjed-e Shah would become the tallest in the city when it was finished in 1629 CE. It was built as a double-shelled dome, with 14 meters spanning between the two layers, and resting on an octagonal dome chamber.

In the center of the great prayer hall look out for a few black paving stones underneath the dome, which when stamped upon create seven clear echoes. The fact that sound is equally carried to all parts of the dome chamber and cloisters on each side as well as to the courtyard and