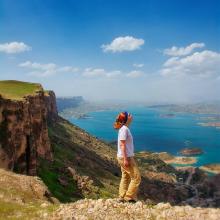 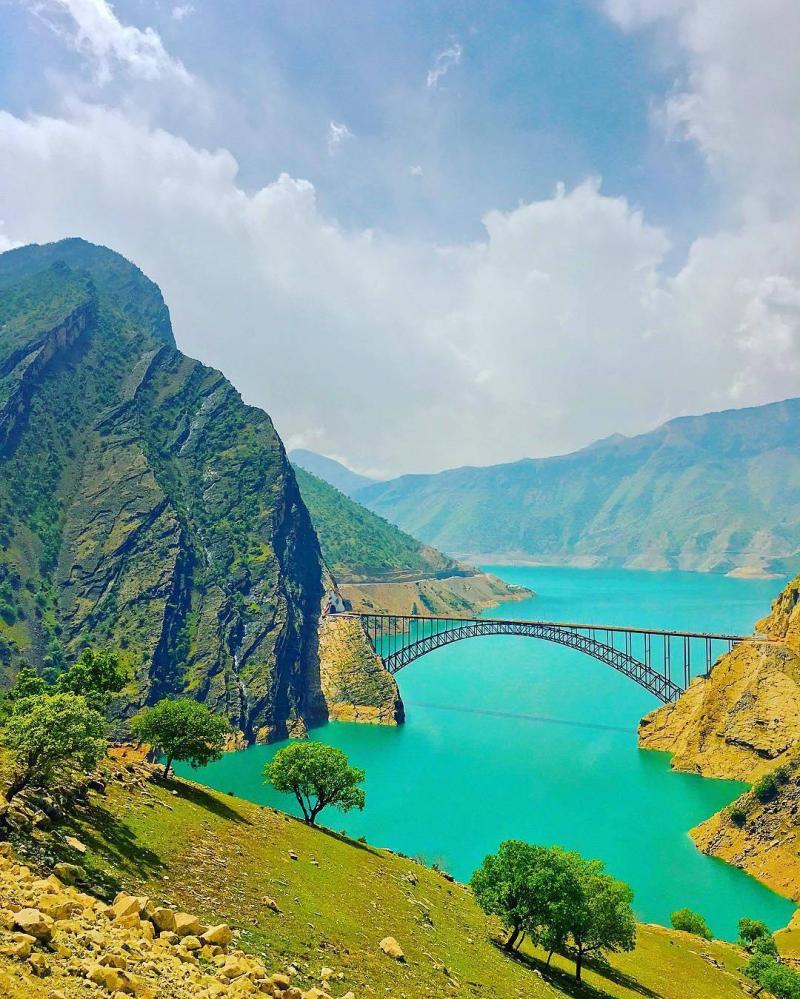 The Karun-4 Dam is an arch dam on the Karun River located at 180 km southwest of Shahr-e-Kord in the province of Chaharmahal and Bakhtiari, Iran. The Karun has the highest discharge of all the Iranian rivers. Its construction is aimed at electric power supply of 2107 million kWh annually and controlling floods in the upper Karun.

The dam is a concrete double curvature arch-type and 230 metres (750 ft) high from the foundation. The arch dam design is an ideal one for a dam built in a narrow, rocky gorge to hold back water in a reservoir. The dam is curved. Because of the arch shape, the force of the backed up water presses downward against the dam and has the effect of strengthening the dam foundation. The dam withholds a reservoir with a surface area of 29 square kilometres (11 sq mi) and capacity of 2.19 cubic kilometres (1,780,000 acre·ft). The dam's first study was conducted in 1995 and river diversion began in 1997. Concrete pouring began in 2006 and the power plant began producing electricity in November 2010. On December 11, 2010, the second generator for the dam became operational and was connected to the grid. The dam will eventually have an installed capacity of 1,020 MW.