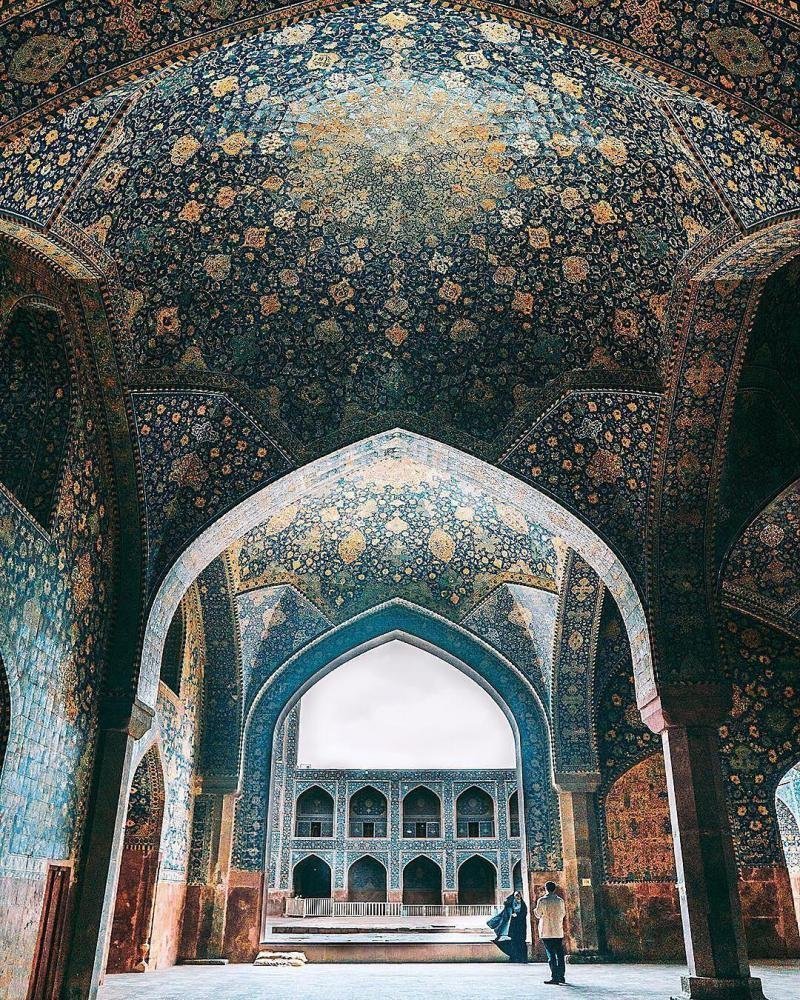 Facinating iranian islamic architecture to visit while traveling to Isfahan in Iran
مسجد شاه- میدان نقش جهان- اصفهان
This elegant #mosque, with its iconic #blue-tiled mosaics and its perfect proportions, forms a visually #stunning monument at the head of Esfahan's main square. Unblemished since its construction 400 years ago, it stands as a #monument to the vision of Shah Abbas I and the accomplishments of the Safavid dynasty. The mosque's crowning dome was completed in 1629, the last year of the reign of Shah Abbas.

Although each of the mosque’s parts is a #masterpiece, it is the unity of the overall #design that leaves a lasting impression, and the positioning of the much-photographed entrance portal is a case in point as it has more to do with its location on the square than with the mosque’s spiritual aims. The portal's function was primarily ornamental, providing a counterpoint to the Qeysarieh Portal at the entrance to the Bazar-e Bozorg. The foundation stones are white #marble from Ardestan and the portal itself, some 30m tall, is decorated with #magnificent moarraq kashi (mosaics featuring geometric #designs, floral motifs and calligraphy) by the most skilled #artists of the age. The splendid niches contain complex stalactite mouldings in a honeycomb pattern; each panel has its own intricate design. Work began on this magnificent monument in 1611 and took four years to complete; deliberate mismatches in its apparent symmetry reflect the artist’s humility in the face of God.

The Shah Mosque (Persian: مسجد شاه‎), also known as New Abbasi Mosque (Masjed-e Jadid-e Abbasi), Royal Mosque, or Imam Mosque after the Iranian Revolution, is a mosque in Isfahan, Iran, standing in south side of Naghsh-e Jahan Square. It was built during the Safavid dynasty, ordered by King Abbass I of Persia.