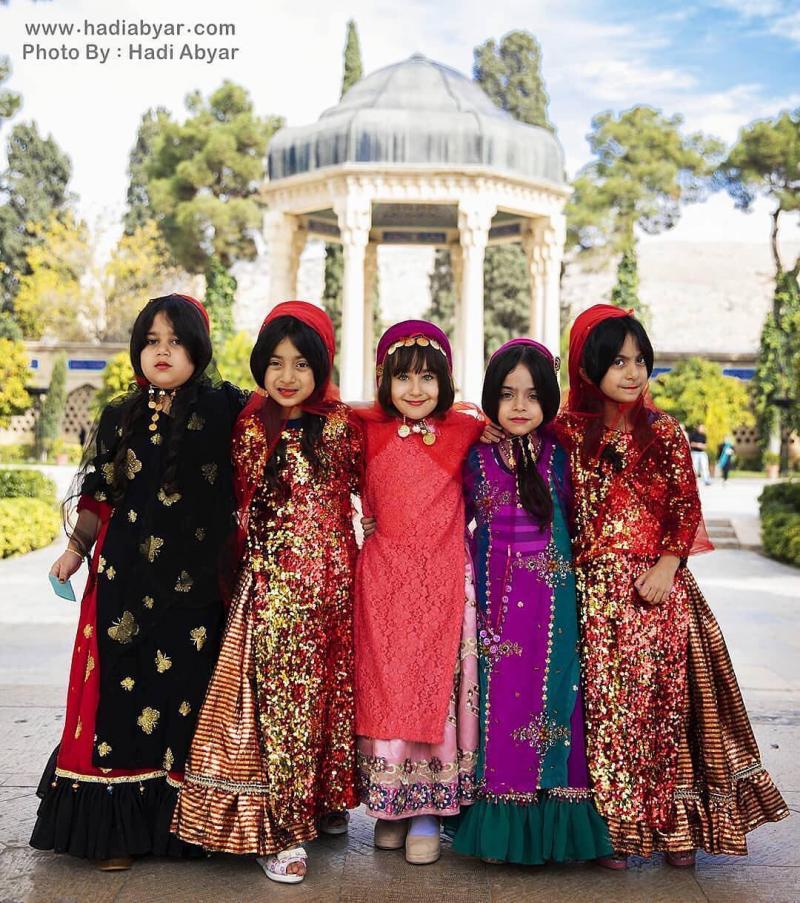 Beautiful Ghashghaei girls with traditional clodth in Hafez tomb of Shiraz Iran
حافظیه شیراز
#Persian little girls in Iranian #traditional dresses, Tomb of Hafez.
There is no better place to understand Hafez’s place in the nation’s psyche than at his tomb and the #memorial #garden within which it is set. Iranians have a saying that every home must have two things: first the Quran, then a collection of the works of #Hafez. This 14th-century Iranian folk #hero is loved and revered and almost every Iranian can quote his work, bending it to whichever social or political persuasion they subscribe.

Hafez died in middle age in 1389 and his #tomb was placed here by Karim Khan in 1773. The marble is engraved with a long verse from the poet, and in 1935 the site was embellished with an octagonal pavilion, supported by eight stone columns beneath a tiled dome. Sunset is the most popular time of day for Iranians to gather at the garden to pay their respects; some come to perform the faal-e Hafez, a popular ritual in which a volume of Hafez’s works is opened randomly and the future interpreted therein. There’s a #teahouse in the grounds where admirers sit to enjoy the recitations broadcast around the garden over a bowl of ash (noodle soup) or faludeh (a frozen sorbet made with thin starch noodles and rose water).
.