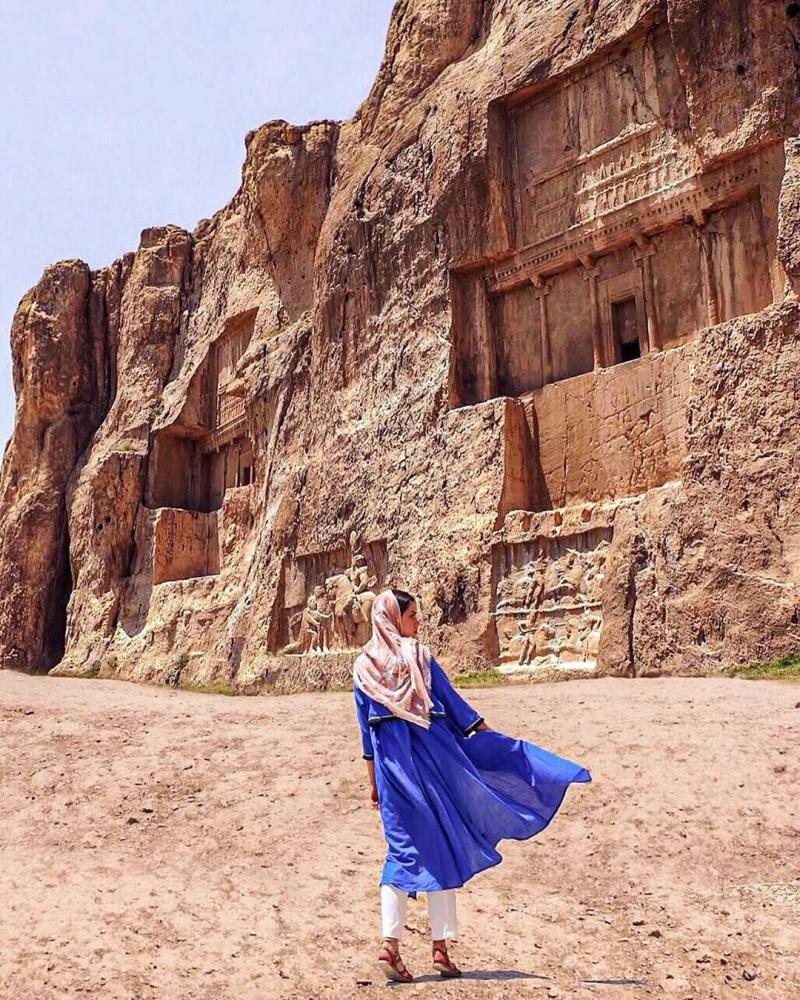 Travel to Naghshe Rostam Ancient Tomb in Marvdasht Shiraz in Iran
نقش رستم - #شیراز
.
Naqsh-e Rostam, meaning “Picture of Rostam” is named after mythical Iranian hero which is most celebrated in Shahnameh and Persian mythology. Back in time, natives of the region had erroneously supposed that the carvings below the #tombs represent depictions of the mythical hero.

One of the wonders of the ancient #world, Naqsh-e Rostam embraces four tombs are where Persian Achaemenid kings are laid to rest, believed to be those of Darius II, Artaxerxes I, Darius I and Xerxes I (from left to right facing the cliff), although some historians are still debating this.

There are gorgeous bas-relief carvings above the tomb chambers that are similar to those at Persepolis, with the #kings standing on thrones supported by figures representing the subject nations below. There also two similar graves situated on the premises of Persepolis probably belong to Artaxerxes II and Artaxerxes III.

Beneath the funerary chambers are dotted with seven Sassanian era (224–651) bas-reliefs cut into the cliff depict vivid scenes of imperial conquests and royal ceremonies; signboards below each relief give a detailed description in English.