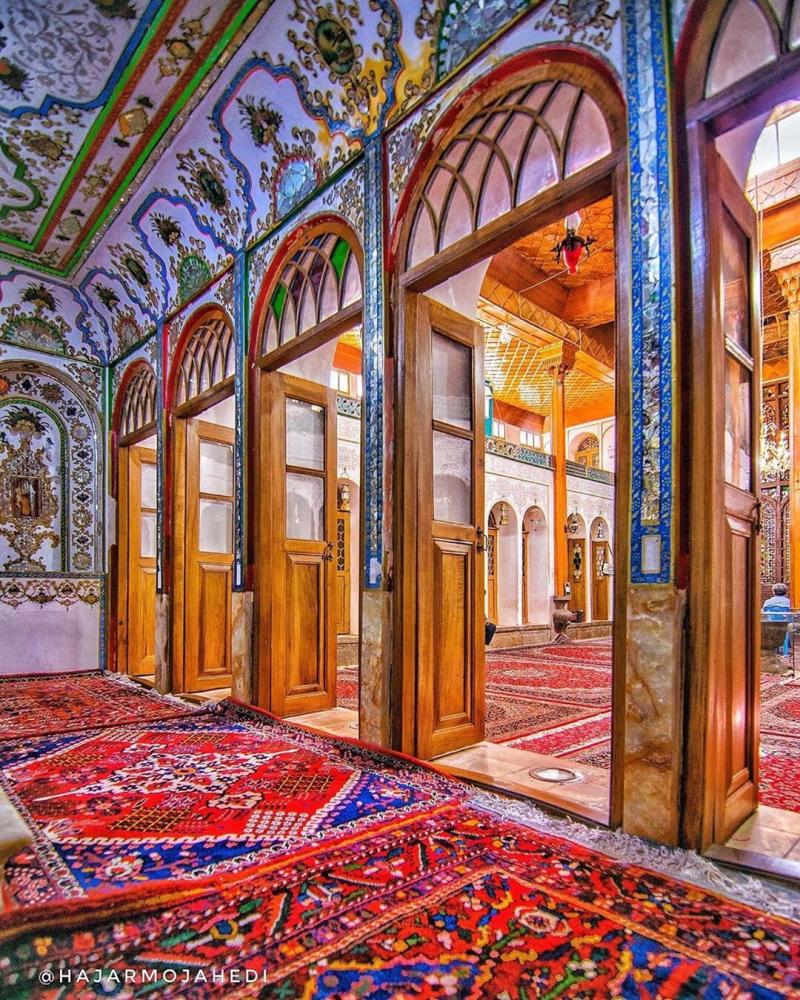 Travel to Angourestan- e Malek in Isfahan Iran
.
Angourestan- e Malek “The vineyard”, it was built in the early Qajar dynasty. Next to Angourestan a Hoseinieh was built. Malek Al Tojjar was one of the richest merchants of Qajar period. His name came after this building, because it was passed to him. During the false expansion of #Isfahan and construction of the new imposed designs which were imported by so called modern #architects and urban planners a part of Angourestan and the related Hoseinieh was demolished.

Later the Angourestan’s courtyard was roofed. At the northern part of the building, there is a #magnificent room. The merchant and his wife were buried there.