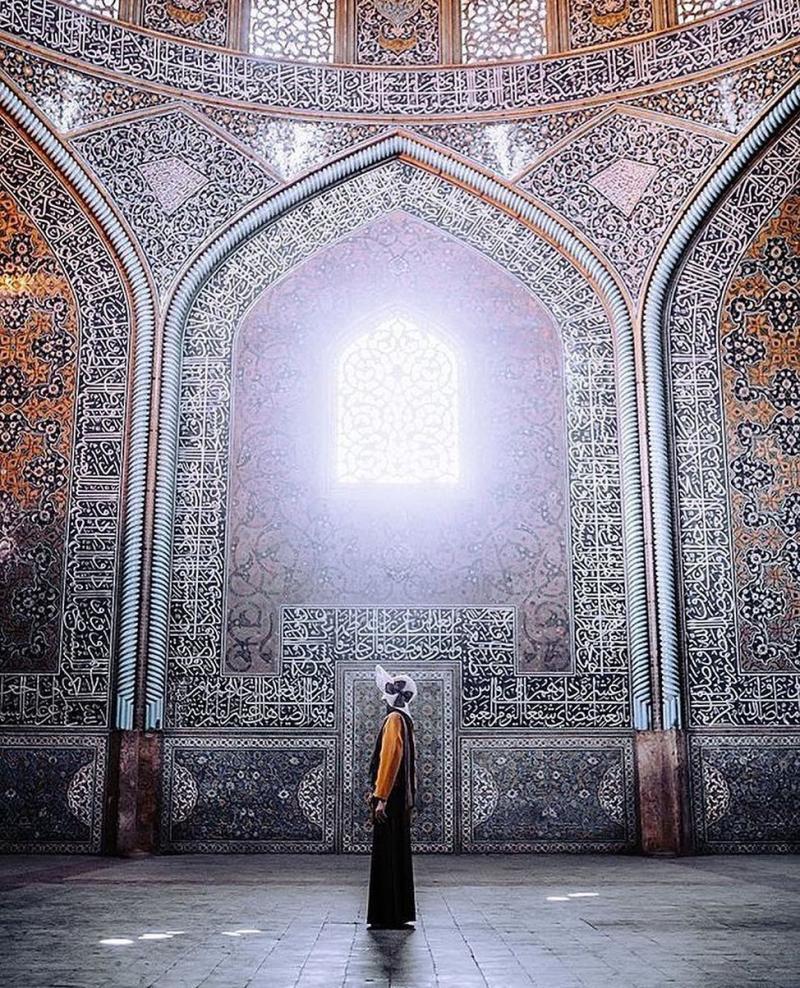 the mosque, we pass through a dim- lit corridor which is connected to the sanctuary of the mosque. The mentioned corridor was built for two purposes. First when entering the sanctuary our face will be in direction of Mecca (Qibleh). Second light outside the mosque is sharp and strong, but in the main parts (sanctuary) light is dim. Passing through the dim- lit corridor for few seconds, our eyes will be adjusted to dim light and when we enter the main part, we will be able to see the glory and beauty of the mosque as real as possible.
A masterpiece of world's architecture was built during the reign of Shah Abbas the great. Sheikh Lotfollah was one of Shiite prominent, preachers and clergies who came from Jabal Amel in Lebanon to Isfahan. The Shah Abbas supported him and the Sheikh took up residence in Isfahan and the sheikh Lotfollah mosque was named after him. The mosque was used as a Theological school and also as a royal mosque. It was started to be built in 1602 and it was completed in 1619. First the portal was built to complete the Maidan, to be a part of great Naghshe Jahan Square and it is said it was used as a private mosque for the Shah and royal family. The plan and layout of the mosque is different from other four Eivans Iranian mosques.
‎مسجد شیخ لطف الله - #اصفهان