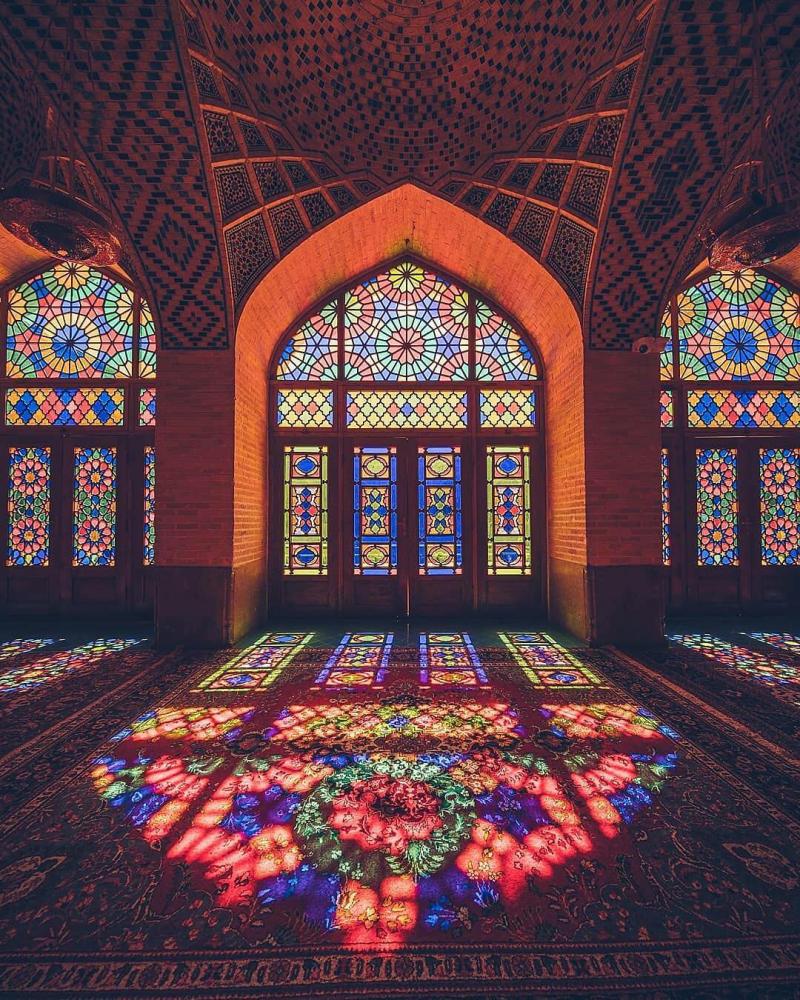 One of the most elegant and most photographed pieces of #architecture in southern #Iran, the Pink #Mosque was built at the end of the 19th century and its coloured tiling (an unusually deep shade of blue) is exquisite. There are some particularly fine #muqarnas in the small outer portal and in the northern iwan, but it is the stained glass, carved pillars and polychrome faience of the winter prayer hall that dazzle the eye when the sun streams in.

The #mosque attracts most #visitors early in the #morning (9am to 11am is best) when the hall and its #Persian #carpets are illuminated with a kaleidoscope of patterned flecks of light. It makes for a magical experience – and an irresistible photograph.
The Qajar-style mosque is not huge, but the sophisticated decorations of flowers and abstract symbols recurrent also in earlier mosques make it for an unforgettable stop in Shiraz. Going in the morning will feel like stepping into a fairy tale as the light gets in through the stained glass of its walls making the carpet romantically glow. Even though of limited size, not only did I spend a couple of hours trying to capture every possible angle, but I’m growing convinced that I definitely need a second session to seize different lights and reflections.