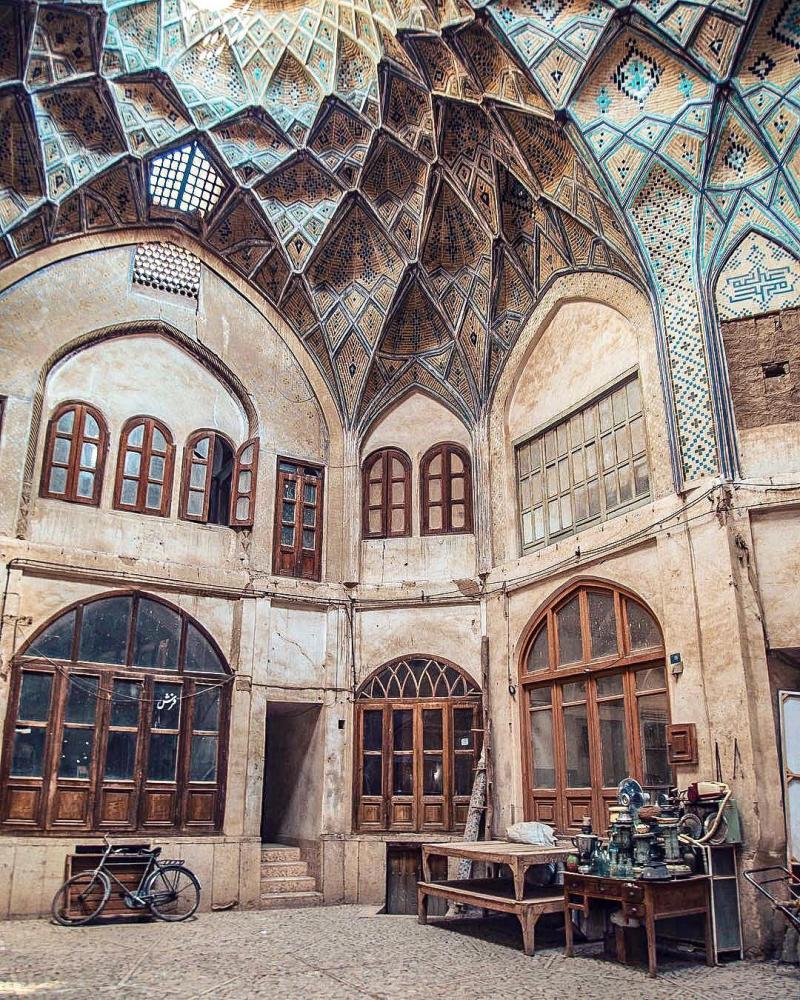 Kashan’s #historic #bazaar is one of the best in Iran. Busy but not manic, #traditional but with a nod at modern goods, large enough to surprise but not to get lost in, it’s a great place to wander for a couple of hours, especially in the late afternoon when the lanes are full of shoppers. The multi-domed roof of the bazaar dates from the 19th century, but the site has been the centre of trade in Kashan for almost 800 years.
Other notable features of the bazaar include the Seljuk-era Masjed-e Soltani (Soltani Mosque), located on the Main Line and open only to men, and the 800-year-old Mir Emad Mosque, along the Copper Line.
Of course, a bazaar ought to be shopped in. If the hardware shops hold little #attraction and the textiles fail to bring out your inner seamstress, there is at least rose water of the highest quality midway along Main Line or boxes of Kashani biscuits from one of the bazaar’s many patisseries – the nargili (coconut macaroons) are particularly delicious.