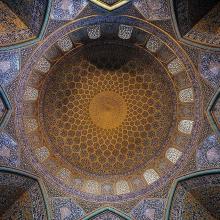 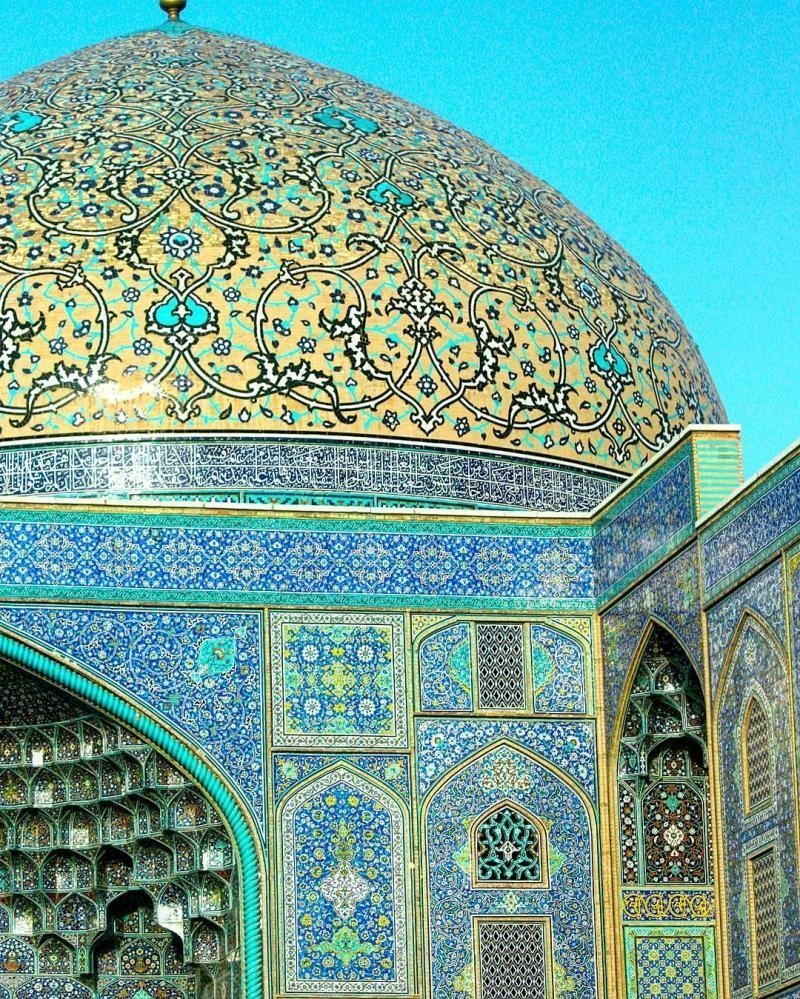 The mosque is located at the center of the east side of Isfahan’s maydan, or grand royal square (512 by 159 meters), built by Shah ‘Abbas I between 1590 and 1602. The maydan was an expression of Isfahan’s emergence as the new political and economic capital of the Safavid dynasty. It is a multifunctional space with intensive mercantile activity, which also served as a house for royal ceremonial rituals, royal caravanseri, baths, a royal mint, and a hospital– all centered in the space of the square and the two-story arcade surrounding it on four sides. The mosque was named in 1622 after Shaykh Lutfallah Maysi al-‘Amili (d.1622), a prominent religious scholar and teacher (and father-in-law to Shah Abbas) who came to Isfahan at the orders of Shah ‘Abbas, and resided on the site, but was never involved in the mosque’s construction.

The portal iwan is not aligned with the maydan’s elevation, but is preceded by a recessed small court which flows from the maydan and is linked, on its north and south sides, to the continuous corridor that envelopes the maydan’s mercantile facilities. The main entrance to the mosque is located on the east side of this small court. The structure itself is not aligned perpendicularly to the maydan’s eastern wall, but lies at an angle (almost 45 degrees) against the maydan’s wall. As a result, when viewed from the maydan, the mosque’s main portal iwan and dome do not fall on the same axis, as is always the case in other mosques, but instead the dome appears behind the main portal iwan as if having slid 6.5 meters to the right from its axis. This asymmetrical layout was initially introduced to reconcile the (southwest) direction of Mecca with the placement of the mihrab on the qibla wall, and adds visual complexity to the structure.

Contrary to the maydan’s sand-colored brick elevation, the portal iwan is elaborately ornamented in colorful mosaics. It is built as a recessed area on the eastern wall of the court, an elevated platform raised by four steps from the court level. An inscription band in white on a dark blue bac