THE OBERBAUM BRIDGE IN BERLIN
lilia In Germany 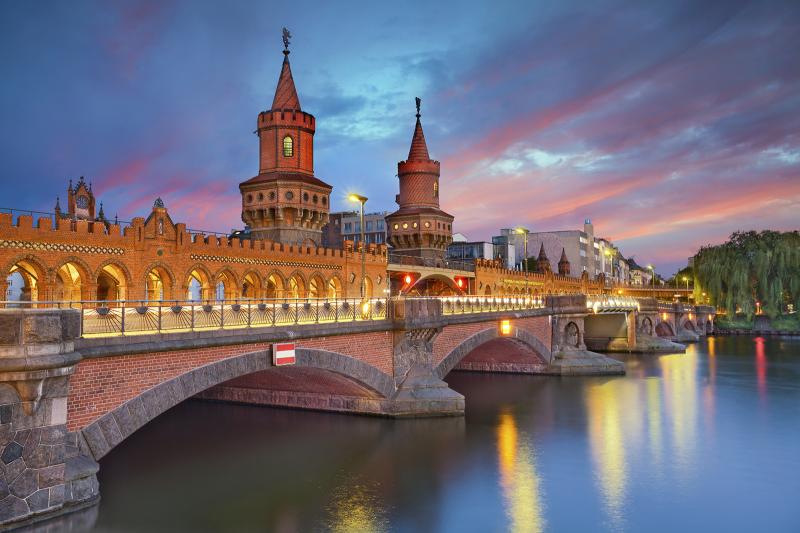 The Oberbaum Bridge (German: Oberbaumbrücke) is a double-deck bridge crossing Berlin's River Spree, considered one of the city's landmarks. It links Friedrichshain and Kreuzberg, former boroughs that were divided by the Berlin Wall, and has become an important symbol of Berlin’s unity.

The bridge appears prominently in the 1998 film Run Lola Run.